Even with regular oil changes, sediment can accumulate throughout any mechanical system, specifically in piping, coolers, and tanks. Large amounts of particulates reduce the flow of oil, which puts stress on the turbine’s pumps. These pollutants can also break off in large chunks, only to flow through the system and clog or damage internal components.

Sediment accumulation also causes problems with oil analysis. Depending on the number of particulates flowing through the system, they can make it difficult to know when the oil needs changed.

Another factor to consider with oil analysis is its ability to be an early warning system for internal component wear. For example, when parts are installed, they may release some metal shavings until they are properly worn in. If those shavings collect in the system but break free months or years later, an oil analysis may show there is a problem with the part since it seems to be wearing abnormally. This is why it’s vital to prevent sediment buildup within turbines. 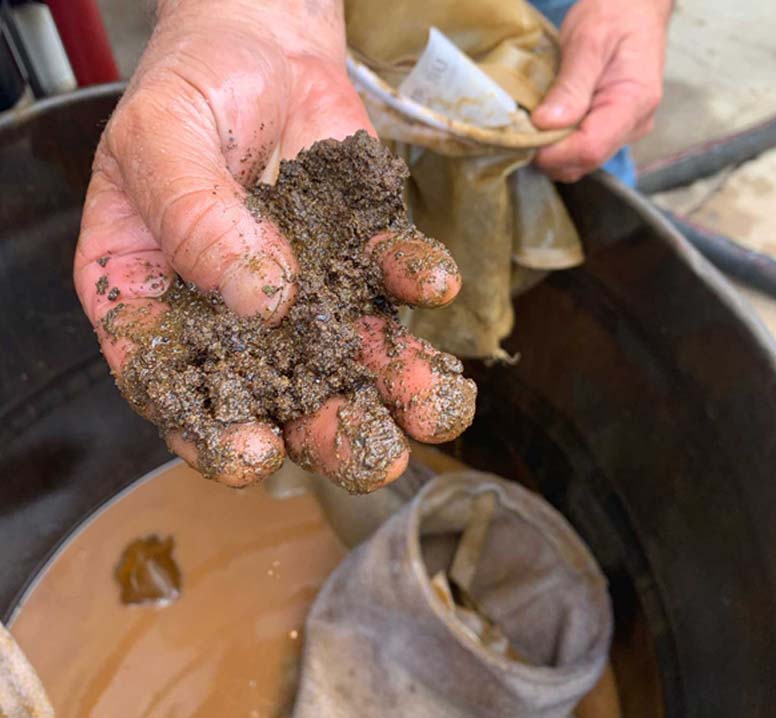 What is a Turbine Flush?

A turbine flush forces fluid through piping at a higher rate. After the sediment has been removed, a special protective treatment is applied to prevent further build-ups and rust. Then, new oil is flushed through the system at lower and higher velocities.

How Does a Turbine Flush Help?

This process will not only increase the lifespan of the turbine and its components, but it reduces maintenance costs as well. With fewer contaminants in the system, filters and oil last much longer. And beyond maintenance cost savings, the system will be less likely to suffer from unplanned outages. All of this adds up to lower total operating costs and increased reliability.